This story shows the amazing natural history and diversity of a group of insects poorly known, photographed and studied of the rainforests of Ecuador, the treehoppers.

During the last 4-5 years, I have been photographing the diversity of forms and species, the behaviors and the complex relationships with other organisms, producing a story that shows rare scenes never photographed before, with a biology background and an aesthetic point of view. As a result, this story has been published in National Geographic Magazine, Ranger Rick, GEOlino and BBC Wildlife Magazine and has been as well the Portfolio Winner in The Wildlife Photographer of the Year, 2018.

The treehoppers, with more than 3000 species in the world, have been unknown by most of the people due to their small size and habits. In this story I show closely their relationship with ants and bees, how they are connected and how they can benefit other organisms like plants. I also show the diversity in forms, colors and structures, and at the same time I show the maternal care of the nymphs. In summary, the complex life of the treehoppers, mini marvels of the rainforest.

Treehoppers are the only insects that have developed a third pair of wings, modified in what we usually call the helmet. This innovation is an unprecedented situation in 250 million of years of insect evolution. An appendix that does not interfere at all with the flight, and has diversified to extremes, giving them a diversity of forms, colors and textures, mimicking natural elements like thorns, seeds, animal droppings, wasps or aggressive ants.

A wide group of treehoppers has developed parental care, conferring a great advantage in the development of nymphs and against predators. In addition, treehoppers communicate through acoustic signals that are sent through the plant.

Each species of treehoppers is usually kept and protected by different species of ants, bees or wasps. The treehoppers, in exchange, give them honeydew. Any predator that tries to prey on the treehopper will be attacked by them. 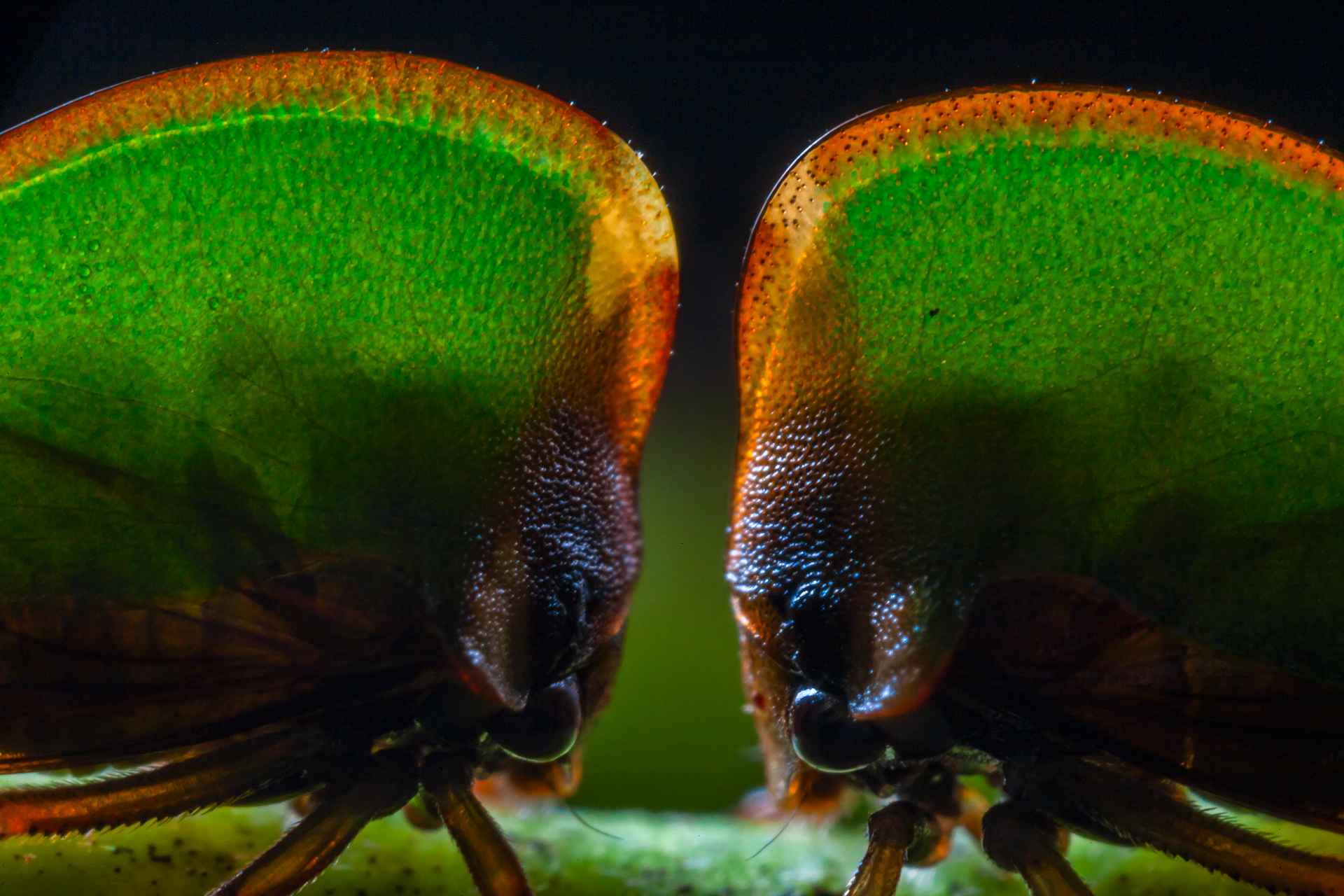